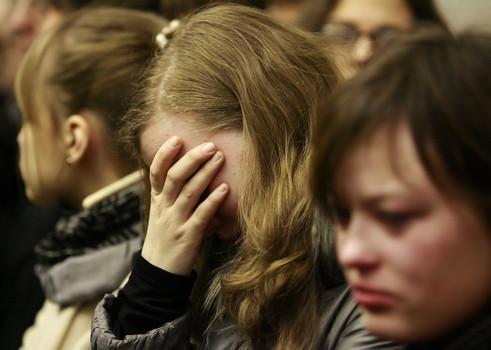 Feb. 4, 2015, Connect Savannah reporter, Jessica Leigh Lebos, gives the ‘Twelve Tribes’ new café a glowing plug for organic coffee, teas, homemade muffins, Danishes and fruit-stuffed scones. “We want people to get to know us,” says Brian Fenster, 41, who has lived in Twelve Tribes communities around the country for 20 years and relocated to Savannah last year to help open the Maté Factor, the latest in a chain owned by the group.”

Lebos comments that, “No Kool-Aid was served – this is a story about a new business in Savannah run by a religious community that has lived in the neighborhood for a decade, not an expose. I don’t know about you, but I’m not skeered of homemade Danishes.” Twelve Tribes being a cult community was not mentioned.

On Oct. 21, 2014, CBC News reported that, “Twelve Tribes religious group targeted by child abuse allegations – the Manitoba government says the welfare of the children at Twelve Tribes will be looked into by Child and Family Services Department staff.” On Sept. 5, 2013, German police raided two communities belonging to the Twelve Tribes and removed 40 children to protect them from continued abuse.

An ex-Twelve Tribes member says that charismatic cult leader, Gene Spriggs, “decides all belief, practice and lifestyle. Positioned in a place of unrivaled power-and control, Spriggs is the monarch and pope of the community – answers to no one. Being the sole leader of the tribes, Spriggs prefers to maintain a low profile, and keeps any knowledge of his whereabouts, lifestyle, or finances secret.”

Men and women work long hours 16-18 hours with no wages and little if any medical care. Members give everything and receive nothing in return except dances, hugs, baked squash, millet, beets, maggot infested potatoes, teachings and house arrest. The twelve tribes routinely use people and then cast them aside as weak.

Like many other dangerous cults, the ‘Twelve Tribes’ forbids members from taking medication. Over a ten year period, one sister stopped taking her medication for manic depression which resulted in irrational behavior. Repeatedly dumped at homeless shelters and cheap hotels, the elders insisted that her condition was the result of rebellion and unconfessed sin.

If the young children engage in imaginary play, pretend, fantasy or imaginary friends, their parents beat them. In one ‘Tribes’ commune, small boys could not push blocks of wood, or make truck noises. Community children possess few if any toys, and cannot play unless an adult “covers” them. In defense of their views, they say, “we want our children to deal with real life, such as learning a trade or helping their mothers in the kitchen.”

Community members cannot accuse their leaders of wrong or voice discontent, and if a member opposes the ‘anointed one’, Spriggs warns that, “God may cause you to become ill, experience an accident or die.” The disobedient and rebellious members are shunned until they repent.

Ex-member, James Howell, explains that, “Gene Spriggs possesses the skill of inducing Tribes members to feel as if they contribute to a decision. Even though nutritional and biblical references encourage the drinking of milk; Elbert Eugene Spriggs brought a teaching to the contrary. Elbert justified and bolstered his teachings with the addition of scriptural and historical references. Eugene can manipulate people into arriving at his conclusions although they give their input the decision always mirrors Spriggs opinion.”

The Teachings form the body of scriptural understanding from Eugene Spriggs to be taught and observed by every member in all of the locations. They are not meant to be for the public and are presented here for research purposes … END_OF_DOCUMENT_TOKEN_TO_BE_REPLACED