This Woman Was Raised By a Notorious Cult. Here’s How She Finally Got Away.

This story is part of an ongoing campaign called the Alphabet of Illiteracy. By using letters themselves—the foundation of reading and writing—Project Literacy examines the ways illiteracy underpins some of the greatest challenges facing the world today. Below, we explore the letter R for “radicalization.” 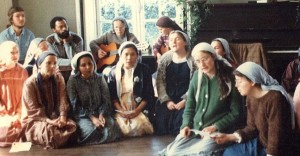 Women in the French 12 Tribes community

For many of us, cults are a remnant of the ’60s or an interesting cultural oddity worthy of a send-up from Tina Fey. But for survivors, cults are all too real—and all too common. While it’s impossible to keep track of how many people are involved with cults around the world because of their secretive nature, the International Cultic Studies Association estimates that at least 2.5 million Americans have joined cults over the past 40 years, and many of them went on to raise children in those organizations.

Cults are just one of many kinds of radical groups worldwide, defined as organizations that hold extreme social or political views. Such groups can be of any political or tactical persuasion; some of the most universally agreed upon include al-Qaeda, ISIS, the Army of God, and the Animal Liberation Front. These organizations seek out idealistic people, often very young, who are looking for simple answers to life’s biggest questions, as well as a sense of community. The most successful radical groups have figured out how to prey on those who lack the critical thinking skills to resist their propaganda and inappropriate demands.

Illiteracy isn’t a prerequisite for joining a radical group, but critical thinking and literacy frequently go hand in hand. In fact, the National Consortium for the Study of Terrorism and Responses to Terrorism found that the areas where “perpetrators live or conduct pre-incident activity are generally characterized by low socioeconomic status,” and a 2013 study showed a strong correlation between literacy and socioeconomic status, indicating a relationship between illiteracy and radicalism. When people are exposed to more points of view—which occurs organically the more frequently someone reads and writes—they are better able to draw their own conclusions and become dissatisfied with the answers supplied by their group’s teachings.

One radical group—called a cult by some, a fundamentalist religious sect by others, and a Christian community by its founders—is the Twelve Tribes, which has been accused of physically abusing children in hope of securing their places in heaven. The organization is particularly adept at exploiting vulnerable individuals by drawing them in for a visit to a Yellow Deli, one of their 24-hour cafes. 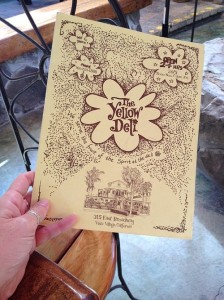 Look up your local Yellow Deli on Yelp and you’re likely to find cheery, innocuous photos of delicious food and menus listing extremely low prices, all in a charming atmosphere. But the Twelve Tribes members who staff these restaurants, reportedly in exchange for room and board, are there to spread the group’s message to anyone who will listen. Diners rarely have a clue that these members were required to fully commit to the group’s specific religious worldview by giving up their families and friends, donating their every possession in the interest of supporting the group, and preventing other members from leaving.

Shuah Jones is an ex-member of the Twelve Tribes; her father was a founding member, helping to launch the group in Chattanooga, Tennessee, in 1972. Today, the organization has compounds all over America and in several countries around the world. A 28-year-old insurance agent based in Florida, today Jones offers informal support to other former members of the cult, which she escaped when she was only 15 years old. As she described to Pacific Standard, Shuah:

“…stuffed clothes under her bed blankets in the shape of a body, grabbed her diary and Bible, and crept downstairs. Wearing a long blue linen skirt and clunky buckled sandals, she opened the door, [and] slipped outside… On the street she broke into a run toward the only payphone she knew of, at a gas station near the center of town, half a mile away. She’d never been outside alone at night before… When she reached the phone, she called her brother Noah… He was an hour away. She hid in a bush, heart thumping. When at last he pulled into the lot, she leaped into his car.

‘Just breathe,’ he told her as they drove away. ‘Breathe.’”

Jones’ youth turned out to be a surprising benefit, making it easier to leverage a support system as she got on her feet. “I had a chance to actually go to high school … When you’re 18, you’re an adult, you’re expected to live on your own. At 15, you’re a child.” After Jones left, she had access to aunts, uncles, and her brother, Noah, who lived outside the cult and were willing to take her in and support her so that she could earn a GED and eventually go to college. 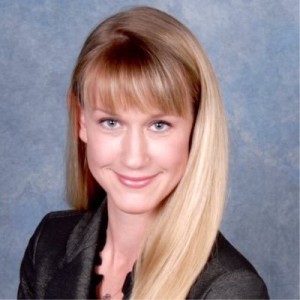 Shuah Jones grew up in the Twelve Tribes

Jones credits most of her success to her young age and her father’s books, though he didn’t have many, and the ones he did have were hidden away. Like many other cults, the Twelve Tribes bans outside materials and offers only minimal education to children. According to Jones, a child’s education with the Twelve Tribes is supposed to end at age 12, but she completed the curriculum by the time she was 9 years old.

Jones also states that school is often interrupted so that children can help meet quotas at the Common Sense Farm bodycare products factory in Rutland, Vermont, or to help with farm chores. Members learn biblical history, enough math to work in one of the cult’s restaurant recruiting stations, and usually enough English to read the Bible—though never enough to arm members with the critical thinking skills they need to question doctrine. Jones says she only recently realized just how poor her early education was when she noticed that a second-grade child she knows is far more advanced academically than she ever was during her 15 years with the cult.

For ex-members only a few years older than Jones was when she left, such a limited education proves to be a massive obstacle in building a life outside the cult. Girls are expected to marry at around 18 years old and to become pregnant immediately, says Jones. When they leave, they are usually expected to find work to support themselves and their children as soon as possible, forgoing further education. Even among the general population, being both a student and a parent can be a challenge—53 percent quit college after six years without a degree. With statistics this daunting, for many members of cults, it seems impossible to leave, even if they want to.

Since she left, Jones believes that approximately 300 former members have left the cult, and many have formed a network to provide support for one another and help current members escape when necessary. The group estimates that it has between 2,000 and 3,000 active members, and according to Jones, those numbers have remained fairly consistent since the Twelve Tribes’ inception more than 40 years ago. Two of the biggest things the survivors in her network try to offer one another are a place to stay and a job, so they can start building their employment history right away.

A 2009 study showed that before joining cults, only 5.5 percent of members accessed public assistance, but 29.1 percent of survivors make use of assistance programs after leaving. Even with the support of other former members, survivors who need to start working immediately, rather than going to school to explore their options, are limited in their choices, often needing to take whatever job they can get. As Jones explains, “Going out and getting an education so you can choose a career—it almost never happens. I can count on my fingers how many of us have actually been able to do that.”

While limited educational opportunities are daunting, a lack of social skills may actually be the hardest part of leaving. Jones says that when she left, she was utterly unprepared for the experiences awaiting her in the outside world. “I had absolutely no decision-making skills. I didn’t know how to protect myself, I didn’t know who to trust or that there were people that were untrustworthy.”

Difficulty with social interaction also makes it very difficult for people leaving cults to navigate the resources that might be available to them. The Twelve Tribes teaches that pastors, social workers, psychologists, and anyone else who might be able to offer help cannot be trusted, and it’s extremely difficult for survivors to override their instinct to stay away from these types of people, says Jones. Jones believes that the most crucial things she and other survivors need in the first few years after leaving the group are a safe place to figure out what to do next and the time to implement a plan. There are very few cult-specific resources out there—the ICSA offers advice and a “safe haven network,” while Wellspring Retreat is a long-admired resource for those who can afford it—and survivors often rely on domestic violence resources, which are equipped to offer the support they need. This includes extended stays in shelters that sometimes allow for earning a GED. Still, those resources are simply too limited to be a reliable option.

For survivors willing to seek faith-based support, religious groups frequently offer a variety of resources like counseling and shelters. But because they’ve seen religion used as a means of control and an excuse for abuse, many survivors are unwilling or unable to try these options, in Jones’ experience. A 2013 study by the ICSA found that only 42 percent of former cult members sought help from religious organizations, and of those, only 21 percent found the services particularly helpful. According to Jones, most members choose to disassociate from religion for the rest of their lives. Still, the longer survivors are out of cults, the more likely they are to consider the possibility of finding a supportive faith community.

For Jones, finding a way to help a survivor get the time to receive an education is one of the most important forms of support she can offer. “Education is choice,” she says. “If what it means to be human is to have free will, which means to be able to make a choice, education is [part of] being a whole human being.”

The Teachings form the body of scriptural understanding from Eugene Spriggs to be taught and observed by every member in all of the locations. They are not meant to be for the public and are presented here for research purposes … END_OF_DOCUMENT_TOKEN_TO_BE_REPLACED