SOUTH BEND — New businesses in South Bend are usually met with great enthusiasm, but a recently erected sign announcing a new “Yellow Deli” has caused controversy among some in North Pacific County.

A photo of the deli’s swirling yellow logo was posted on Facebook within days of it appearing alongside U.S. Highway 101. The poster and subsequent sharers on social media identified the Yellow Deli as one of many, all of which belong to a religious group called the Twelve Tribes.

The restaurant building at 702 Robert Bush Dr. W was purchased in October 2016 by The Yellow Deli South Bend LLC for $125,000, according to Pacific County Taxsifter. The limited liability corporation is based at an address on State Route 105 in Raymond, according to state records. Its registered agent is Todd Thiessen, with Jeremiah Carlin and Wade Skinner IV also shown in corporate roles.

Growing awareness of the group’s plans to open a business in South Bend has generated intense interest. A local woman’s July 9 Facebook posting regarding Yellow Deli and Twelve Tribes was up to 329 comments and 37 shares by noon July 16. The tenor of comments ranges from hostility and calls for a boycott to defenses of their choice to live how they choose, so long as laws are obeyed.

A number of these individuals were careful to state that while they are concerned based on the research they have done, they are also willing to listen and be open-minded. The Twelve Tribes’ approach to physical discipline of children is a special area of concern for several commenters, along with objections to its stance on gender roles and other subjects.

It is unknown when the Yellow Deli is set to open. No business license is currently pending. The city manager declined to speak on the record about the deli.

The first iteration of the group was in 1972, with the first Yellow Deli opening shortly thereafter in Tennessee.

Twelve Tribes now owns farms, hostels and Yellow Delis internationally — from Argentina to Australia, Canada to Spain — but this is their first known location in the state of Washington.

According to the Twelve Tribes website, members live communally “like an extended family, sharing all things in common, just as the first disciples did in the first century.”

All members are required to contribute 100% of their income to a “common purse” where funds are distributed to families and individuals equitably.

Income from the Yellow Deli will go directly into the same fund. Because of this system, those who work at the delis are unpaid and considered volunteers.

“We don’t have our own independent income or debts to carry by ourselves,” says their website.

The group invites interested parties to find out more about their community and beliefs with the Yellow Deli’s slogan, “We serve the Fruit of the Spirit, why not ask?”

Some describe a ‘cult’

This communal, faith-focused living may be seen as unconventional and may raise the eyebrows of more traditional folks, but these are not the issues that have caused so many to bristle at the thought of the new deli.

Twelve Tribes members consider themselves to be followers of Christianity, but those on the outside — including ex-members — frequently describe the group as a cult.

In fact, SLPC published an article in 2018 that details the history and beliefs of the Twelve Tribes. The article, titled “Into Darkness: Inside an American White Supremacist Cult,” includes conversations with a number of former Twelve Tribe members, and leading religious scholars who have studied the group.

According to the article, one of the main tenets of their faith is based on the “The Curse of Ham,” in which Ham is cursed to “serve his brothers” forever.

Although the Bible does not describe the race of any of the characters in the story, white supremacists have long portrayed Ham as dark-skinned and his brothers as white, thereby using the Bible to not only justify the perpetuation of racism, but even to defend slavery.

Written teachings provided by ex-members of the group even go so far as to call Martin Luther King Jr. “evil” and to say, “It is horrible that someone would rise up to abolish slavery. What a marvelous opportunity that blacks could be brought over here to be slaves so that they could be found worthy of the nations.”

How children are raised in the community has also sowed some discomfort among county residents.

Adults in the community do not allow their children to attend college, and they openly encourage corporal punishment outside of what is generally considered acceptable. It is a stated practice to punish a child by spanking them “with a small reed-like rod, which stings but does not damage.”

Ex-members, however, contest this, alleging they have seen children severely and frequently beaten.

“Are you a cult?” is addressed directly. The response reads: “When a person uses the word cult he usually means some group he fears or dislikes. While we are, from time to time, called a cult, we are not false, unorthodox, or extremist.”

The website also provides an emphatic denial of racism.

However, the group makes no effort to deny anti-LGBT sentiment, stating “We do not approve of homosexual behavior. We do not regard it as a genetic variation, a valid alternative lifestyle, or a mere psychological quirk.”

The previously mentioned article from the SLPC says that the group has been known to brag about members who are “formerly gay.” 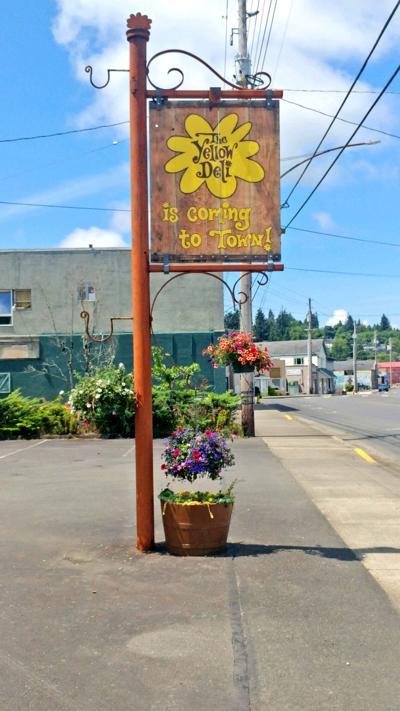 A yet-to-be-opened Yellow Deli restaurant on Robert Bush Drive in South Bend has generated controversy. The cheerful sign includes the business logo of the Twelve Tribes, a group sometimes described as a cult.

The Teachings form the body of scriptural understanding from Eugene Spriggs to be taught and observed by every member in all of the locations. They are not meant to be for the public and are presented here for research purposes … END_OF_DOCUMENT_TOKEN_TO_BE_REPLACED