Child welfare officials are not the only ones who are monitoring the actions of a controversial religious group here in Winnipeg.

One of North America’s leading experts on cults and mind control is also paying close attention to the community known as the Twelve Tribes. And he doesn’t like what he sees.

“One of the things that I am arguing … is that freedom to believe does not mean freedom to behave in [a certain way],” said Steven Hassan, of both the Freedom of Mind Information Resource Centre Inc and the International Cultic Studies Association.

“And so I am calling on officials to step into this area and see clearly behaviours that are very concerning.”

Hassan talked to CBC News about Twelve Tribes, which has communities throughout the world, in light of allegations that have recently surfaced about the Winnipeg group. Specifically, members are being accused of practising corporal punishment and disciplining their children with wooden sticks; as a member himself told CBC Information Radio last fall.

Officials are also investigating allegations that the Winnipeg group hosted a man convicted of possessing child pornography, and let him interact with children.

These kinds of allegations have dogged the self-described “Christian” group throughout the world; in fact, just last year German officials raided their communities and seized dozens of children from their care. 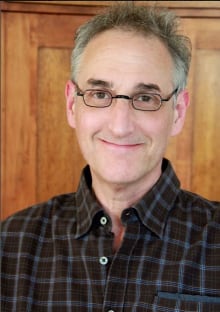 But Hassan, who’s written several books about cults and mind control, say they succeed, in part, because of both their recruitment and public relations efforts.

“The appeal is that Armageddon is coming at any moment, and when Judgment Day comes, ‘are you going to be with god? Or are you going to be suffering for eternity’?” Hassan said. “But there’s also the love bombing feature: ’we’re super friendly, we’re brothers and sisters, we’re living the true Christian life. ‘”

‘The appeal is that Armageddon is coming … but there’s also the love bombing feature.’- Steven Hassan, author of ‘Combating Cult and Mind Control.’

It’s an alluring ideology, he said, especially when someone’s in need of direction.

Things get sour, he said, when once inside the group, members find themselves taking part in behaviours that go against their own morals and judgments — and feel the wrath of disapproval if they openly show dissent.

“And that’s what my work is all about,” said Hassan, who, in the past two decades, has helped ex-Twelve Tribes members and leaders transition out of the group. “(I help) people step back and re-evaluate. Is this really what you think it is? Or is this just a fantasy of what they told you to believe it is?’”

That approach also drives the advice Hassan gives to those in the general public who interact with members of the Twelve Tribes. “We think it’s very important that the community adopt a very respectful, kind attitude to the members,” he said.

‘The last thing I recommend is for people to treat members poorly or call them names or to say ‘you’re in a cult.”- Steven Hassan, Freedom of Mind Resource Center, Inc.

“The last thing I recommend is for people to treat members poorly or call them names or to say that ‘you’re in a cult.’”

Instead, he said, urge them to reach out to former members, who now live on the outside, and have a better perspective on the inside.

“Ask them directly: ‘what do you think about former members who have been speaking out about what has really been going on inside? Would you consider taking a time-out and exiting the group and … communicating with people?’” Hassan said. “‘Because there are people out there who would really like to help you.”"

For more on this story, tune into CBC Information Radio Monday morning at 7:10 a.m. And tomorrow, read more about a former member of the Twelve Tribes and his own experience growing up in that community.

The Teachings form the body of scriptural understanding from Eugene Spriggs to be taught and observed by every member in all of the locations. They are not meant to be for the public and are presented here for research purposes … END_OF_DOCUMENT_TOKEN_TO_BE_REPLACED