A former leader in the Twelve Tribes religious group said it wasn’t the threat of beatings that kept him in his place. It was the threat of death if he didn’t. 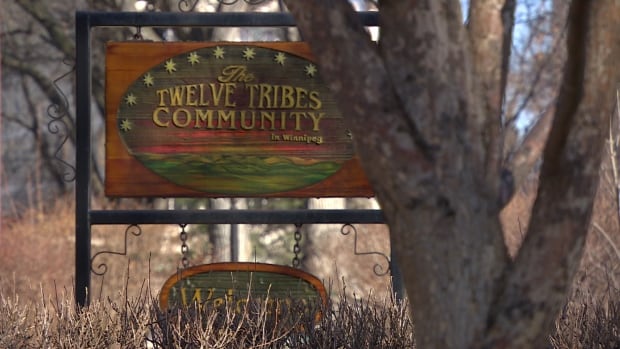 Concerns have been raised about the safety of children at the Winnipeg chapter of Twelve Tribes, a religious community. (CBC)

And it’s that kind of mind control that Winnipeg authorities need to investigate, he said.

“I used to go sleepwalking through the house screaming bloody murder because I thought I was going to spin off and fall into the flames of a lake of fire if I ate a cookie or something,”  said LW, who asked not to be identified. “It’s [no] wonder I had so many nightmares growing up.”

LW was born and raised in the controversial religious community back in North Carolina, where it first started. A close relative is one of the highest-ranking leaders of the Twelve Tribes and in fact, helped to launch the community in Winnipeg back in 1993.

But while LW said the original founders who started the community “had very good intentions”, he also said in hindsight he knows it was “a cult. Definitely.”

“I was taught to think a certain way about everything,” LW said. “And so I didn’t realize the level of mind control I was under until I left. But in my heart, I knew that something wasn’t right.”

Winnipeg’s child welfare officials are investigating allegations of corporal punishment against the children who live in the communal setting. But while LW said “spanking” with wooden sticks was a common occurrence, authorities pay too much attention to that.

‘If a Christian person wants to spank with a balloon stick…..I believe that’s their religious right.’- ex-Twelve Tribes member

“To me, if a Christian person wants to spank with a balloon stick, without anger, with leaving any marks, whatever, I believe that’s their religious right,” he said. “I’m just trying to say in regards to spanking … what’s happened in the past is that media outlets do a story and it gets sensationalized … and then nothing happens because the Twelve Tribes just dismisses it as religious persecution.”

Instead, authorities need to worry about the mind control that goes on, and the techniques used to achieve it — in effect, creating rules that inform all aspects of their daily life like the current ban on using shampoo, playing the piano and reading books (unless it’s The Bible).

Even their washroom needs are strictly regimented. But the biggest danger to one’s sense of self? The ban on education. Children are only home-schooled and only until their teen years.

“They want to give an image that they’re this peace-loving community and they want to bring Jesus back to the Earth, and end selfishness through love. So people go, ‘you know, wow, these are nice people,’” LW said.

“But what people don’t understand is that this group does not properly educate their children and that’s a big deal. That’s a huge deal. That’s the main reason that I left.”

But this sense of enlightenment didn’t come easy and didn’t come quickly for LW, who only began to doubt the Twelve Tribes in 2008, after a stunning revelation that their leaders were mere mortals. A sex scandal involving one of the leader’s wives was revealed.

“It was like a light bulb went off. (The leader) wasn’t God. He was just a man,” LW said. “That’s when my doubts began.”

‘A lightbulb went off. (The leader) wasn’t God. He was just a man.’- ex-Twelve Tribes member

Through the years that followed, as the rules grew more strict, LW’s doubts grew too.

He finally walked away in May 2013 but it took months of intensive therapy to “deprogram” himself and trust that he could survive on his own.

Today, he considers himself one of the lucky ones. His wife, also a former member of the Twelve Tribes, joined him in the outside world.

His kids, for the first time in their lives, are in a public school and thriving. His small business is keeping food on the table.

And someday, he said, if other relatives want to leave the Twelve Tribes, he’ll open his home and take them in.

As for authorities in Winnipeg still monitoring the community, the biggest favour they can do is to make sure the kids get access to education, LW said.

“That’s one of the things the government should be investigating, is their education, because I looked at all my friends who had older children, who were so bitter at their parents for not providing them with an education,” he said.

“So here you got this burden on society because these kids are not educated.”

The Teachings form the body of scriptural understanding from Eugene Spriggs to be taught and observed by every member in all of the locations. They are not meant to be for the public and are presented here for research purposes … END_OF_DOCUMENT_TOKEN_TO_BE_REPLACED