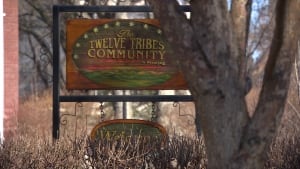 The co-founder of a national tip line to report children at risk of sexual exploitation did what she said others should have done months ago: she reported her concerns on Wednesday about kids at risk at the Twelve Tribes, a controversial religious group.

Roz Prober is co-founder of Cybertip.ca, an anonymous tip line to report suspected cases. She filed her own report with them in response to a CBC News story that revealed that the Twelve Tribes at one point hosted a man convicted of possessing child pornography.

Prober was also disturbed to learn when that information came out in a child custody court last summer, neither the justice nor the witnesses themselves reported the information to authorities.

“What they seem to have heard that there was an individual, um, who was potentially breaching his conditions … that should go to law enforcement,” said Prober, who is also the co-founder of Beyond Borders, a national organization dedicated to preventing the sexual exploitation of children.

“When we have children who are at risk, it would have been really appropriate if somebody in the courtroom” had passed that information along, she added.

Concerns have been raised about the safety of children at the Winnipeg chapter of Twelve Tribes, a religious community. (CBC)

The case came to light when Jo Hawkins — whose former wife joined Twelve Tribes — learned the group practised corporal punishment. But his biggest concern was when he learned it was hosting a man previously convicted of possessing child pornography.

The man who was convicted of possessing child pornography joined the Winnipeg branch of the Twelve Tribes in 2013, shortly after his release from a British Columbia jail.

Upon his release, he was ordered not to be around children for three years. He was also ordered to register with the Sex Offender Information Registry Act, ostensibly as a means of keeping track of convicted offenders. 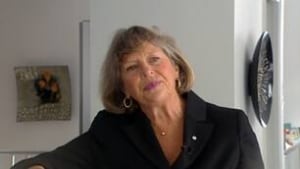 Cybertip.ca co-founder Roz Prober says she filed her own report about Twelve Tribes in response to a CBC News story that revealed that Twelve Tribes once hosted a man convicted of possessing child pornography. ((CBC))

That evidence came out in the custody battle, with sworn affidavits by witnesses who said they saw the man interact with children at Twelve Tribes. Court was also presented with affidavits from past members who said they practised corporal punishment on their children.

Regardless, the information presented by Hawkins so “concerned” the Queen’s Bench justice that during the custody hearing last June, she banned Hawkins’s former wife from bringing their son to the group’s premises. But close to 30 other children still remained there.

A spokesperson for the courts told the CBC that the justice did not report the information to authorities because it was based on “hearsay” and not legal evidence.

‘What difference does it make whether information is sworn in court or not?’- David Asper

That, however, should not have been a factor, said Winnipeg lawyer David Asper.

Asper, who is now a visiting professor teaching Canadian law at Arizona State University, said the justice did not have to assess the credibility of the information. Instead, she simply could have passed along the transcript from the court proceedings and let the proper authorities investigate it, he said.

“Really, what difference does it make whether information is sworn in court or not?” Asper said.

“A lot of times the information that comes to people that gives rise to a duty to report, isn’t sworn information. You, you hear about it, you know, on the grapevine.”

A spokesperson for the Twelve Tribes would not comment on the story, other than to say the man in question does not live with them anymore.

Manitoba Child and Family Services launched an investigation last fall, after a Twelve Tribes spokesperson told CBC’s Information Radio that members use wooden sticks to discipline their children. But this week, the department did not respond to requests for an update into that investigation.

The Teachings form the body of scriptural understanding from Eugene Spriggs to be taught and observed by every member in all of the locations. They are not meant to be for the public and are presented here for research purposes … END_OF_DOCUMENT_TOKEN_TO_BE_REPLACED