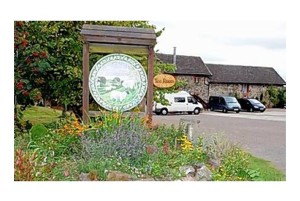 Stentwood Farm where the Twelve Tribes are based

POLICE are investigating whether children have been beaten with canes at a religious community near Honiton.

Officers are working with Devon CounCy Council to “thoroughly review” recently received information about the Twelve Tribes community, which runs the Common Loaf Bakery at Dunkeswell.

The investigation follows concerns raised to officials at the county council’s Children’s Services department by the NSPCC.

The children’s charity approached the council after the community’s belief in their right to use the cane as a form of punishment was highlighted in a newspaper report.

The article followed the removal of 40 children from two communities at Klosterzimmern and Wornitz in Germany, following an investigation by an undercover reporter.

The Honiton community is one of several across the world belonging to the Christian organisation, which was founded in the US.

It follows teachings in the old and new testaments of the Bible as “God’s direct word” and says its vision is to “form a new nation – the 12 tribe nation of Israel”.

On its website, the organisation explained “because we love them (our children) we spank them”, with a “small reed-like rod which only inflicts pain not damage”.

It continued: “We have seen from experience that discipline keeps a child from becoming mean-spirited and disrespectful of authority.”

A member of the group, which call themselves the Community at Stentwood Farm, said he had no comment to make on the issue. Tony McCollum, manager of Honiton Market, where the group has handed out leaflets, said the revelations about the police investigation came as a surprise to him.

He added: “You couldn’t ask for nicer people.

“They seem very family orientated – I find it hard to believe they would mistreat their children.”

Phillip Noyes, director of strategy and development at the NSPCC, said: “Caning of children or the threat of caning is a completely unacceptable method of disciplinary action to take with any child.”

A police spokesperson said: “Devon and Cornwall Police and Devon County Council are working together to thoroughly review the recent information received about the welfare of children in the Honiton area.

“At this time, this is a safeguarding matter and Devon County Council remains the lead agency.

“No allegations have been received at this time nor is any formal investigation currently underway.”

The Teachings form the body of scriptural understanding from Eugene Spriggs to be taught and observed by every member in all of the locations. They are not meant to be for the public and are presented here for research purposes … END_OF_DOCUMENT_TOKEN_TO_BE_REPLACED