Controversial posts on the Facebook page of Blue Blinds Bakery in Plymouth appear to be the work of a former employee.

“We’re pretty well aware of it,” said Lev Bryant, who works at the bakery.

Bryant said a former employee, whom he did not identify, created the bakery’s Facebook page a while ago to promote the business, but soon started posting notes casting aspersions on the bakery’s owners, a Christian group called Twelve Tribes.

“In the last three weeks,” said Bryant, “the person started using the page to slander us or something.”

On July 7, a post on the bakery’s Facebook page read: “As promised, let’s talk about the blacks! One of the most frequent questions we get is, ‘Are you racist?’ the answer is no. But we do believe that slavery is necessary. There’s a difference.” 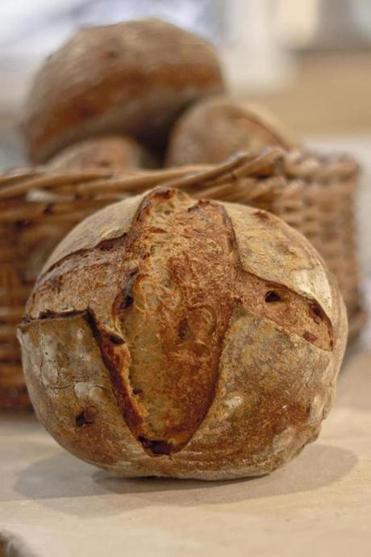 View Story by clicking image above

Blue Blinds is probably the prettiest, all-around most pleasing cafe south of Boston and, arguably, a much wider area.

A post on Sunday characterized Twelve Tribes as a cult and alleged it mistreats children: “There is an intense amount of psychological and physical abuse that goes on behind the walls of the Bakery that makes your favourite muffins.”

Bryant told us the bakery, which opened eight years ago, is “doing what we can do at this point in terms of talking to lawyers,” but he doesn’t think the Facebook posts are affecting business.

“All of the regulars know us pretty well,” he said. “It takes people a half a second to read that stuff and know it’s off the wall.”

47 Comments from the public

The Teachings form the body of scriptural understanding from Eugene Spriggs to be taught and observed by every member in all of the locations. They are not meant to be for the public and are presented here for research purposes … END_OF_DOCUMENT_TOKEN_TO_BE_REPLACED