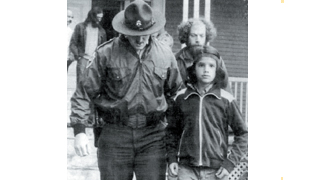 Police lead Jeremiah Whitten out of his Island Pond home in 1984. 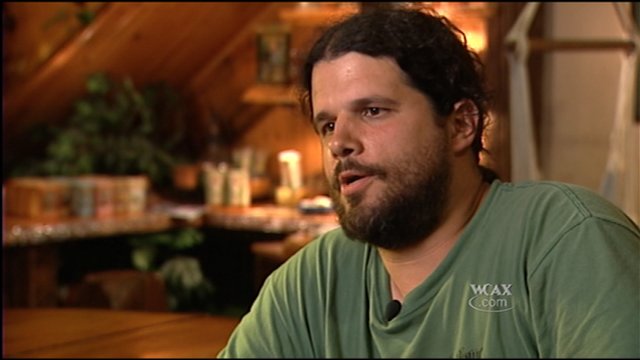 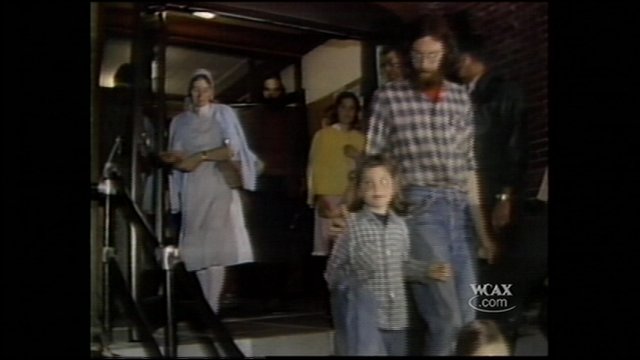 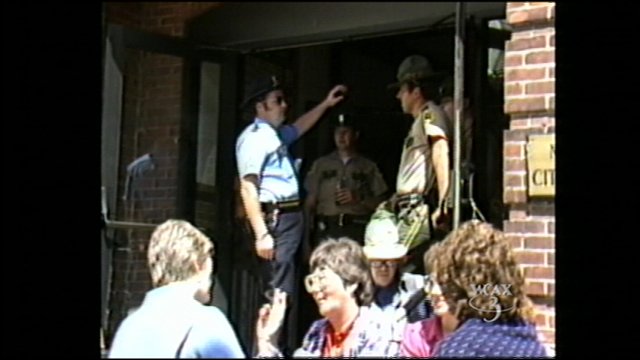 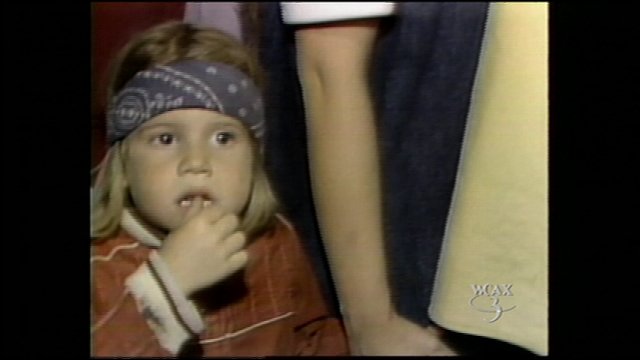 Jeremiah Whitten remembers like it was yesterday the morning he awoke to find a house full of people trying to take him from his parents.

“Got up to go to the bathroom to take a shower and there was five police officers outside my door,” Whitten recalled. “They said go get dressed come to the living room. I said what’s going on? They said don’t ask questions just do as I said.”

Jeremiah Whitten was 12 years old then– the morning of the Island Pond Raid.

“It’s kind of like when you are hit in the face you are stunned. I think everyone was just stunned,” he said.

An army of state police and social workers descended on the village of Island Pond to raid the homes of Northeast Kingdom Community Church members– 112 kids taken into custody. The state feared the children were being badly beaten as part of the strict discipline imposed by church parents.

“Since church members believed in spanking, they picked child abuse as the issue,” said Jean Swantko, a church member.

Swantko says the state’s concerns about child abuse were sparked by rumors in town. The minority church was called a cult and that bred fear. The church does admit to using corporal punishment– spanking kids with rods and sticks.

“It stings,” she said. “To get their attention and help them learn right from wrong.”

But Swantko says it is not abuse.

“I cannot communicate the trauma that this put my family through; my wife and my children,” Ed Wiseman said.

Wiseman was accused of abuse and exonerated. He says some church members DID go too far when spanking kids and that other residents in the village then thought this was common practice.

“When there have been problems it is because the parents didn’t obey and follow the teachings of the community,” Wiseman said.

The state was dealt a blow to its abuse case though, when Judge Frank Mahady denied the state’s request for custody of the 112 kids. The state wanted to examine and interview the children. He called the raid unconstitutional and all 112 children, including Jeremiah Whitten, were allowed to go home.

Reporter Darren Perron: Were you abused as a child? Were you physically abused?

Today, they have two successful businesses in the village. He thinks the raid was a lesson for the village, the state, and the church.

“Go to town meetings, get involved, be part of the fire department or whatever,” Whitten advised. “Just give the neighbors and the town nothing to fear.”

Most residents agree– church members are now simply part of the community here.

“It was in the past,” said Debra Hawkins of Island Pond. Nothing has happened since. “We all get along with each other. So, let it go.”

Some, though, remain convinced that church children were not simply being spanked– that they WERE abused– but that the raid forced the church to punish kids in less severe ways.

“It was just heavy-handed,” resident Bernie Henault said. “The police action had a reaction on the group.”

Some people in Island Pond say the public spanking they witnessed in the past doesn’t happen anymore, but they still fear what goes on behind closed doors.

Jeremiah Whitten still belongs to the church. He has four kids of his own now.

The church is now called the Twelve Tribes. They have 50 communities in nine countries, including three communities in Vermont; Island Pond, Rutland and Bellows Falls. Membership continues to grow with about 3,000 members worldwide now.

Comment:Claire Connelly I was there in the eighties and saw a very small child (maybe 18mo to 2yrs) being swtched with his pants down. I hope things have changed.

The Teachings form the body of scriptural understanding from Eugene Spriggs to be taught and observed by every member in all of the locations. They are not meant to be for the public and are presented here for research purposes … END_OF_DOCUMENT_TOKEN_TO_BE_REPLACED

How to Write Affordable Essays

How to Add Custom Paper Size Selections For Your Computer