There are questions about child safety within the Twelve Tribes, a controversial religious group

A Queens Bench Justice was so “concerned” for the “safety” of a child in a controversial religious group called the Twelve Tribes that she banned a member of the group from bringing her child to any of their Manitoba locations.

That condition was set at an emergency custody hearing last summer, and was finalized as permanent in February.

The case came to light when Jo Hawkins — whose former wife joined Twelve Tribes — learned the group practised corporal punishment. But his biggest concern was when he learned they were hosting a man previously convicted of possessing child pornography.

“For me personally, it was kind of a perfect storm,” Hawkins said.

“I easily had half a dozen reasons where my guard went up and red flags went up. And then you’re getting corroborating evidence and statements. It’s just really quite stunning.”

‘My guard went up and red flags went up.’- Jo Hawkins

The man was convicted of possessing child pornography back in 2013 in a British Columbia courtroom.

At the time, court was told he planned to live with the Twelve Tribes community in Winnipeg, once he was released from jail.

Upon his release, he was ordered not to be around children for three years, unless he had special permission to be accompanied by a pre-approved adult. He was also ordered to register with the Sexual Offender Information Registration Act, ostensibly as a means of keeping track of convicted offenders. 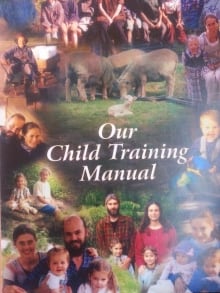 He then, as planned, moved to Winnipeg to join Twelve Tribes.

During the emergency custody hearing, Hawkins presented the court with sworn affidavits by witnesses who said they saw the man interact with children at Twelve Tribes.

Court was also presented with affidavits from past members who said they practised corporal punishment on their children.

Regardless, the information presented by Hawkins so concerned the Queens Bench Justice that she banned the mother from bringing her son to any of their Manitoba premises.  But close to 30 other children still remained there. And on the week of March 15, a Winnipegger who briefly lived at Twelve Tribes and was roommates with the convicted offender said he, too saw him in the company of children.

‘They seemed to be very relaxed about his presence around the children.’- Michael Welch

Michael Welch said he saw the man at three of the four Twelve Tribes Manitoba locations.

Child welfare officials only confirmed they launched an investigation into allegations of corporal punishment months later, after a member of the Twelve Tribes told the CBC about their method of punishment.

“We discipline our children with a balloon stick, ” Maurice Welch told the CBC in October. “It’s a thin, reed-like rod.”

Child and Family Services officials did not respond to a request to comment on the current status of that investigation, nor whether they knew about the earlier concerns from last summer about the member convicted of possessing child pornography.

And while the province dictates that anyone who suspects child abuse is obliged to report those concerns, in this case, justice officials said there was reasonable doubt. 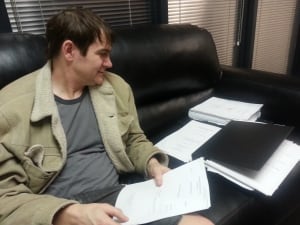 A spokesperson for the courts told the CBC that because the information the Queens Bench Justice heard was hearsay and not legal evidence, involving the custody of a single child, she was under no obligation to report these concerns to the appropriate authorities.

“A belief triggering an obligation under section 18 (1) of The Child and Family Services Act must be a ‘reasonable’ belief.  Where conflicting evidence exists, as in this case, it may be neither safe nor justifiable for a Judge to draw conclusions from the specific to the more general,” a spokesperson said in a written statement.

A Twelve Tribes spokesperson would not comment, except to say the man convicted of possessing child pornography does not live with them anymore.

The Teachings form the body of scriptural understanding from Eugene Spriggs to be taught and observed by every member in all of the locations. They are not meant to be for the public and are presented here for research purposes … END_OF_DOCUMENT_TOKEN_TO_BE_REPLACED